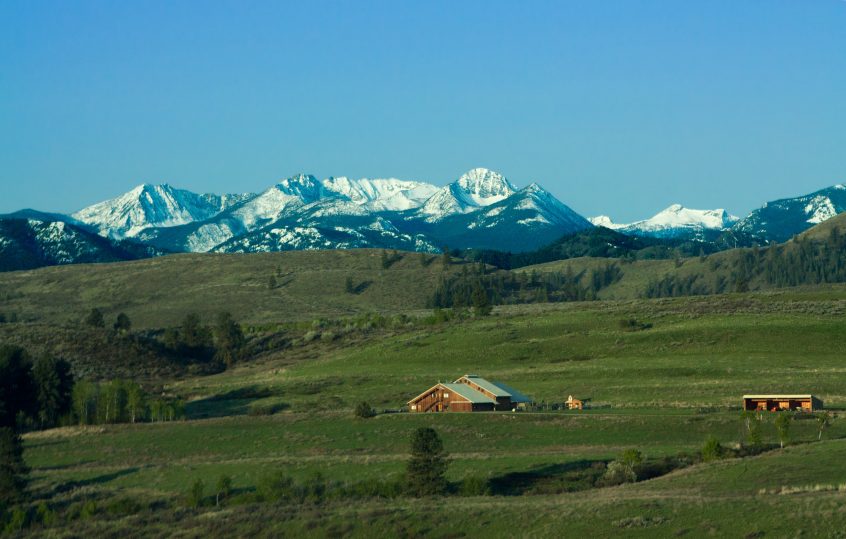 The owners of Signal Hill Ranch and the Methow Valley Chamber Music Festival have agreed to renew the lease for the festival’s spectacular venue for another five years. Owners Howard and Liz Johnson have hosted the festival, which will celebrate its 25th anniversary next year, at their ranch since 2009.

“I like to see the barn get used for something good and contribute to the community,” said Howard Johnson. He’s especially fond of audiences that attend the festival.  “Classical music lovers are good people,” he said. Liz Johnson has served as festival executive director since 2015.

The Johnsons remodeled stable, built by a previous owner in 1985 to lodge draft horses, gives audiences the feeling of being “semi-outdoors,” as Howard Johnson describes it, while hearing music in a carefully-engineered acoustical space.

Because of the large size of its original occupants, everything about the building feels big, from its thirty-five-foot soaring ceiling to sixteen-foot sliding doors that open to mountain and valley views in four directions. Yet with seating limited to 240, the space is adequately intimate for chamber music.

When the Johnsons decided to offer their barn for the festival, they not only remodeled the stable interior, but added amenities to the grounds. Audiences come to spend a full evening, arriving early for a picnic supper at tables on the grass lawn. They’re invited to bring their own picnic baskets or purchase locally-sourced food and beverages at the “Ice House.” They can hear a pre-concert presentation and stroll to the intriguing Piano Garden nearby. After the concert, they linger to sip wine and chat with musicians around the fire pit. An art show provided by area artists enhances the setting for ears and eyes.

Tickets are available through the festival website, www.methowmusicfestival.org, for this year’s performances, June 20-29.