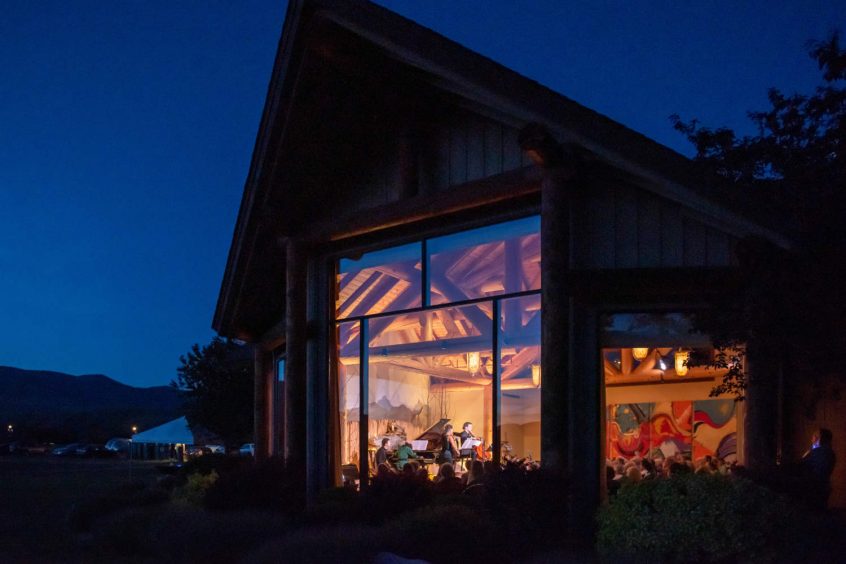 You could feel a collective, welcoming sigh from audiences as the quiet notes of the traditional “Prologue” composition opened six Methow Valley Chamber Music Festival concerts following a two-year Covid hiatus and change of venues.

Most audience members were seated inside a performance space that combined mountain views with ideal acoustics. In addition, the festival launched an outdoor alternative, providing concert-quality earphones and a large screen for viewing before the dramatic background of the North Cascades  — at a lower ticket price. Audience response to both options was highly favorable.

The musicians also performed informally at various venues throughout the Valley and welcomed audiences to “open” rehearsals. While Krentz recruits acclaimed musicians from around the world, festival organizers emphasize that local volunteers and support of Valley businesses have always been essential to the festival’s success. Plans are already underway for 2023.