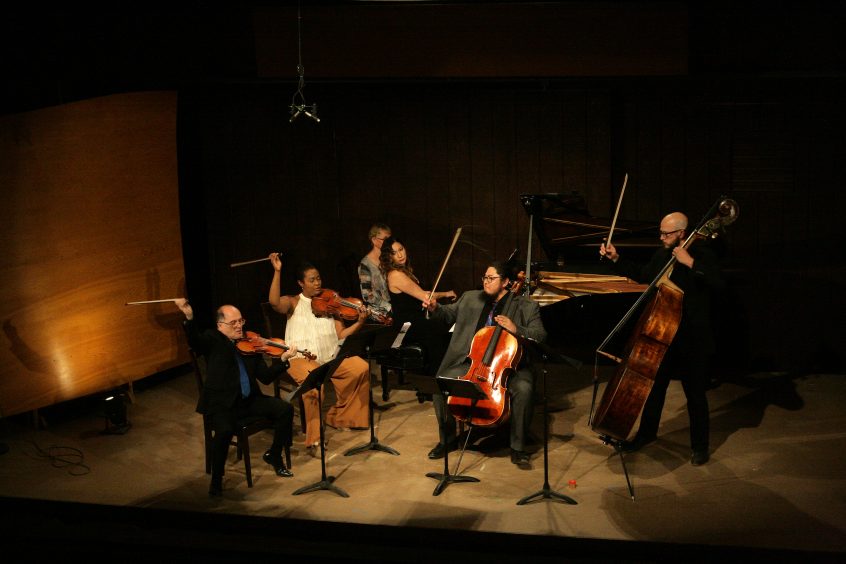 The Methow Valley Chamber Music Festival is planning a spectacular program this June to celebrate its 25th season of exceptional chamber music in a relaxed, casual setting.

For the first weekend of the festival, Artistic Director Kevin Krentz has assembled a 16-piece chamber orchestra to feature chamber music repertoire that demands a big, rich sound. Krentz is considering compositions by Gustav Holst, Edvard Grieg, and Peter Ilyich Tchaikovsky. “The Tchaikovsky is rich and lustily vibrant and powerful – just incredible,” he said.

The string orchestra will be anchored by members of the renowned Aizuri Quartet, who will be joined by favorite festival musicians.

The following weekend highlights strings and winds in substantial masterworks that are rarely performed. Look for composers such as Schubert and Beethoven, plus a generous dose of Mozart’s brilliance, Krentz said.

New to the Festival is Gabriel Cabezas, a young cellist from New York described as a passionate musician, and award-winning violist Matthew Cohen, a featured soloist at concert halls around the world.

Krentz relishes bringing uniquely accomplished musicians together to create a memorable experience for the audience and the artists. “There’s a certain thrill, an edge-of-your-seat adrenalin” that’s different from an established ensemble, Krentz said. “It’s neat – that whole creative part that happens on the fly. It’s an incredible feat.”

The five Centerstage concerts are June 18, 20, 23, 25, and 27 at Signal Hill Ranch, in a converted barn with impeccable acoustics and expansive grounds for relaxing before and after the performances. Every Centerstage concert day features a free open rehearsal in the morning.

The Festival will also include many opportunities to hear music – much of it free – at informal venues around the valley.

The Festival is bringing a string quartet from the Seattle area to perform familiar classical works at the TwispWorks performance pavilion for a free concert and informative lecture by Krentz on June 6.

The Festival celebration continues into July with concerts around the valley by the gifted young musicians of the Seattle Cello Academy, joined by academy instructors Krentz and Haeyoon Shin. Dates and times will be announced.