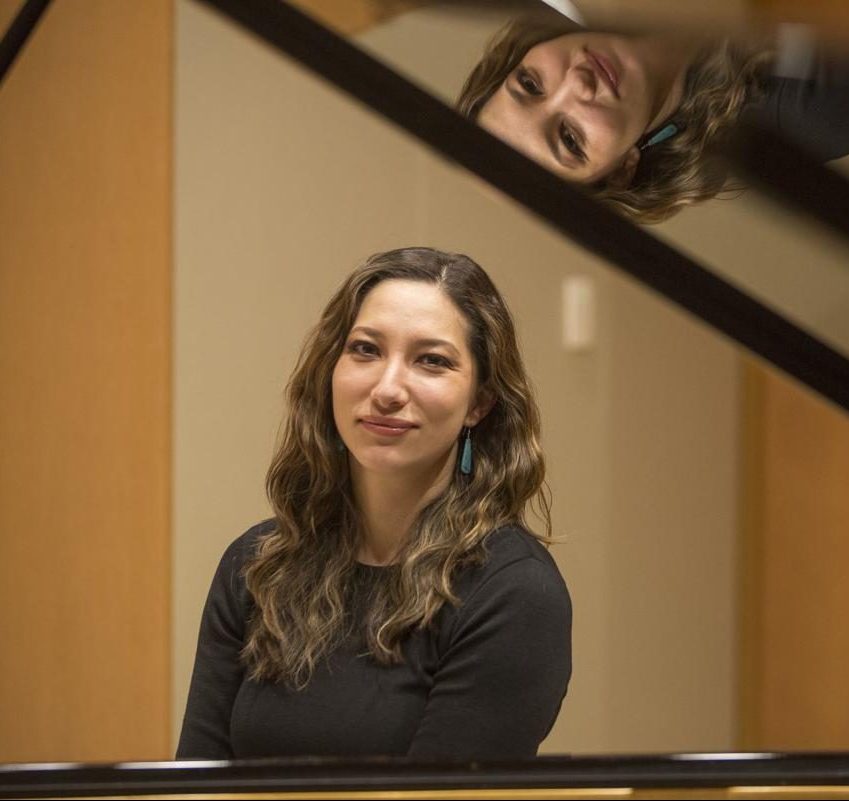 Hailed by the London Times as a “pianist of powerful physical and imaginative muscle,” Tanya Gabrielian has captivated audiences worldwide with her gripping performances. She has performed on four continents with orchestras including the Los Angeles Philharmonic, Sydney Symphony Orchestra, and the Armenian National Philharmonic Orchestra.

Her debut at London’s Wigmore Hall was reviewed as “revelatory, a feast of romantic pianism which held us enthralled.” Tanya’s latest recording, Remix: Bach Transcriptions, was selected as album of the week.

Beyond the traditional concert stage, Tanya is passionate about inspiring new generations of musicians and music lovers in diverse settings. Her projects have included collaborations with the National Alliance on Mental Illness in programs featuring composers with mental illness, and an interactive performance series for patients at a psychiatric institute.

She collaborated on an installation with artist Fran Bull for In Flanders Fields: A Meditation on War, and on a multidisciplinary project combining Haydn’s Seven Last Words of Our Savior on the Cross with final statements from executed death-row inmates.

Admitted to Harvard University to study biomedical engineering at the age of 16, Tanya instead pursued a career in music, originally studying both piano and viola. She is a professor of piano at Indiana University South Bend.