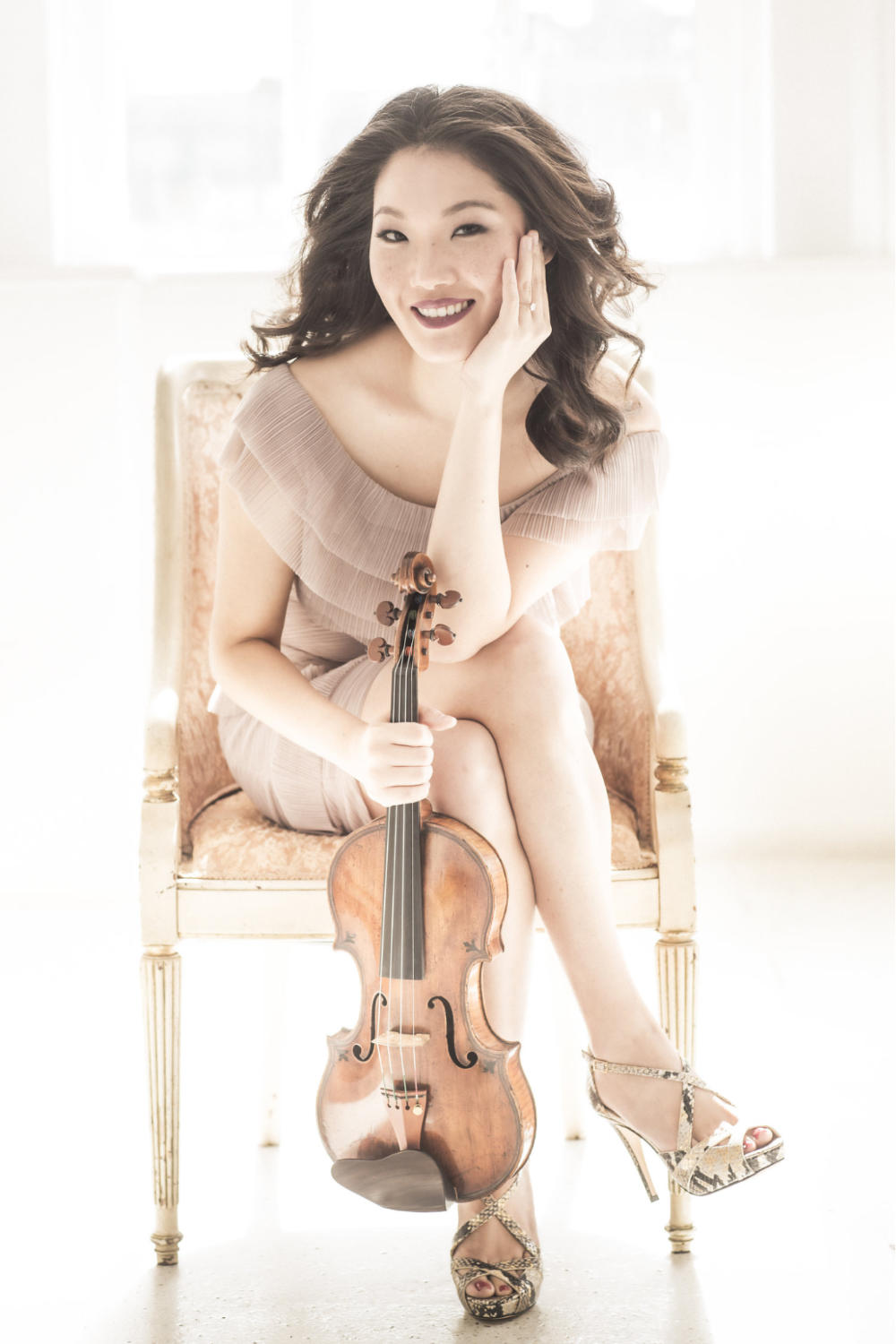 Passionately committed to new music and creating enriching community and global connections, Rachel Lee Priday’s wide-ranging repertoire and multidisciplinary collaborations reflect a deep fascination with literary and cultural narratives. Recent seasons have seen a new Violin Sonata commissioned from Pulitzer Prize Finalist Christopher Cerrone and the world premiere of Matthew Aucoin’s The Orphic Moment in an innovative staging that mixed poetry, drama, visuals and music. She has collaborated often with Ballet San Jose, and was lead performer in “Tchaikovsky: None But the Lonely Heart”, theatrical concerts with the Ensemble for the Romantic Century at the Brooklyn Academy of Music. Her work as soloist with the Asia America New Music Institute promoted cultural exchange between Asia and the Americas, combining premiere performances with educational outreach in the US, China, Korea and Vietnam.

Since making her orchestral debut at the Aspen Music Festival in 1997, Rachel has performed with numerous orchestras across the United States, including those of Colorado, Alabama, Knoxville, Rockford, and Springfield (MA), as well as the New York Youth Symphony. Her In Europe and in Asia, she has appeared at the Moritzburg Festival in Germany and with orchestras in Graz, Austria, Hong Kong, Singapore, and Korea, where she performed with the KBS Symphony, Seoul Philharmonic and Russian State Symphony Orchestra on tour. She has also toured South Africa and the United Kingdom, appearing in recital at the Universities of Birmingham and Cambridge.

Rachel Lee Priday began her violin studies at the age of four in Chicago. Shortly thereafter, she moved to New York City to study with the iconic pedagogue Dorothy DeLay; she continued her studies at The Juilliard School Pre-College Division with Itzhak Perlman. She holds a B.A. degree in English from Harvard University and an M.M. from the New England Conservatory, where she worked with Miriam Fried. In the fall of 2019, she joined the faculty of the University of Washington School of Music as Assistant Professor of Violin.

Rachel Lee Priday has been profiled in The New Yorker, The Strad, Los Angeles Times and Family Circle. Her performance have been broadcast on major media outlets in the United States, Germany, Korea, South Africa and Brazil, including a televised concert in Rio de Janeiro, numerous appearances on Chicago’s WFMT and American Public Media’s “Performance Today.” She has also been featured on BBC Radio 3, the Disney Channel, “Fiddling for the Future” and “American Masters” on PBS, and the Grammy Awards.

She performs on a Nicolo Gagliano violin (Naples, 1760), double-purfled with fleurs-de-lis, named Alejandro.