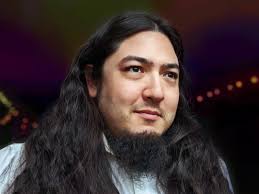 Paul Wiancko has led an exceptionally multifaceted musical life as a cellist, composer, and collaborator. As a student, Paul was simultaneously winning international cello competitions and recording strings for local punk bands in his dorm room. That duality embedded itself in Paul’s artistic DNA, resulting in collaborations with artists ranging from Chick Corea, Etta James, and Max Richter to Arcade Fire, the National, and Blonde Redhead.

Paul’s performances with Musicians from Marlboro have been described as “so full of earthy vitality and sheer sensual pleasure that it made you happy to be alive.”

Paul has had the pleasure of performing alongside Midori, Yo-Yo Ma, and members of the Guarneri and Juilliard quartets. With the award-winning Harlem Quartet, he spent three years performing and teaching throughout the U.S., Europe, South America, and Africa. Paul writes and performs with the viola-and-cello duo Ayane & Paul, as well as the folk-inspired Bird’s Eye Trio.

Recently chosen as one of Kronos Quartet’s “Fifty for the Future,” Paul’s music has been described as “vital pieces that avoid the predictable,” in which “gestural stabs and interlocking melodies swirl and gel, revealing a wealth of colors and textures.”

Paul has been composer-in-residence at the Caramoor, Spoleto, and Methow Valley Chamber Music festivals. His quartet LIFT is on the Aizuri Quartet’s album Blueprinting, which was nominated for a Grammy award and named one of NPR’s top-10 classical albums of 2018.

Though cello was Paul’s first love, he also enjoys playing guitar, bass, violin, viola, harmonica, berimbau, shamisen, and theremin. He is passionate about woodworking and hiking, and never travels without a tenkara fly-fishing rod.