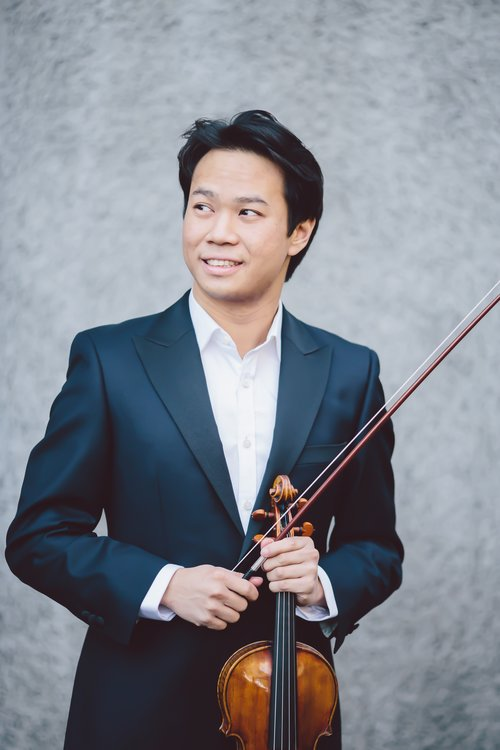 Canadian violinist Nikki Chooi, praised for his passionate and poetic performances, has established himself as an artist of rare versatility. Described as “vigorous, colorful” by the New York Times, Nikki received critical acclaim in engagements at Carnegie Hall and at concert halls in Chicago and Toronto.

Nikki has performed as a soloist with orchestras across Canada, including the Orchestre symphonique de Montréal, Winnipeg Symphony, and Calgary Philharmonic, and internationally with the St. Petersburg State Orchestra and the Hong Kong Philharmonic.

He has been featured at international festivals, including the Marlboro Music Festival, Ravinia Festival, Olympus Festival in Russia, and Fundación Beethoven in Chile. His many collaborators have included members of the Guarneri and Juilliard string quartets.

As concertmaster of New York’s Metropolitan Opera Orchestra, Nikki worked closely with singers and conductors including Renée Fleming and Esa-Pekka Salonen. His solos can be heard through “The Met: Live in HD” broadcasts. Nikki has appeared as guest concertmaster with the Pittsburgh Symphony, Sydney Symphony, and Houston Symphony.

Nikki and his brother, violinist Timothy Chooi, perform as the Chooi Brothers. The duo gave the world premiere of Sheridan Seyfried’s Double Violin Concerto and were featured Canadian artists at the 2018 International G7 Meeting in Whistler. Nikki has also played in the crossover ensemble Time for Three, in genres from bluegrass to pop.