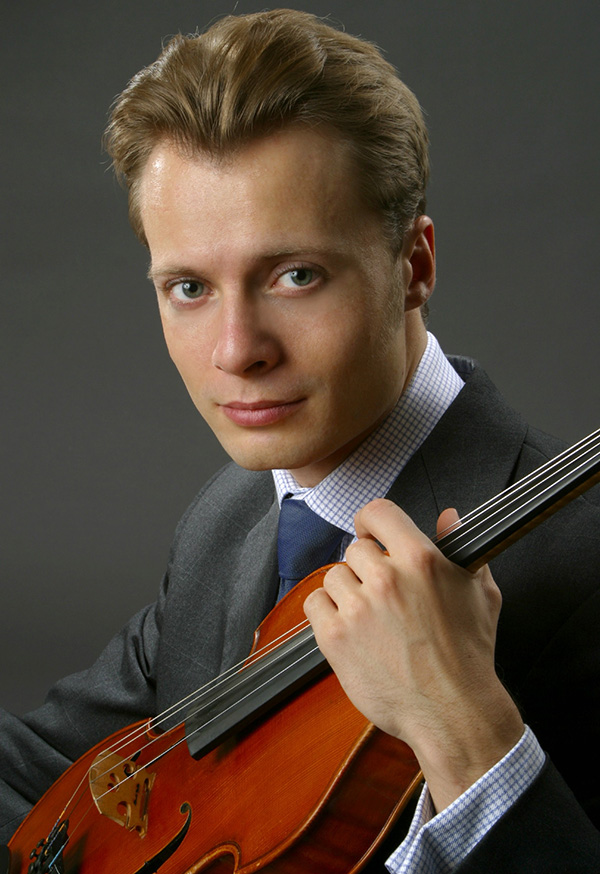 Maurycy Banaszek was born in Warsaw, Poland. He has performed at the Marlboro, Seattle, Santa Fe, Aldeburgh, Moritzburg, Mozart, Kingston, Martha’s Vineyard, and Warsaw Autumn festivals. Maurycy regularly tours with the Musicians from Marlboro and appears at the Bargemusic in New York. As a founding member of the Elsner String Quartet, Maurycy has played in such prestigious venues as Carnegie Hall in New York, Wigmore Hall in London, and Gewandhaus in Leipzig.

In August 1998, Maurycy was invited by the members of the legendary Amadeus String Quartet to perform at their 50th Anniversary Gala Concert in London. He was recently invited to be the soloist with the National Symphony Orchestra of Mexico, with the New Jersey Lyric Orchestra at their Carnegie Hall debut performance, and with the Metamorphosen Chamber Orchestra at Jordan Hall in Boston. Maurycy was also chosen by Gidon Kremer to participate in the Chamber Music Connects the World festival in Kronberg, Germany, where he performed with the Guarneri String Quartet.

Maurycy is a graduate of the Manhattan School of Music in New York, where he studied with Michael Tree. He is a principal violist of the New York Symphonic Ensemble, was principal viola with the Metamorphosen Chamber Orchestra, and is a member of Sejong Soloists and the Metropolis Ensemble. Maurycy is also a founding member of ECCO, the new conductor-less chamber orchestra. In 2011 Maurycy joined the Concert Artist faculty at Kean University.

Maurycy plays a viola made by Hiroshi Iizuka in Philadelphia in 1997.