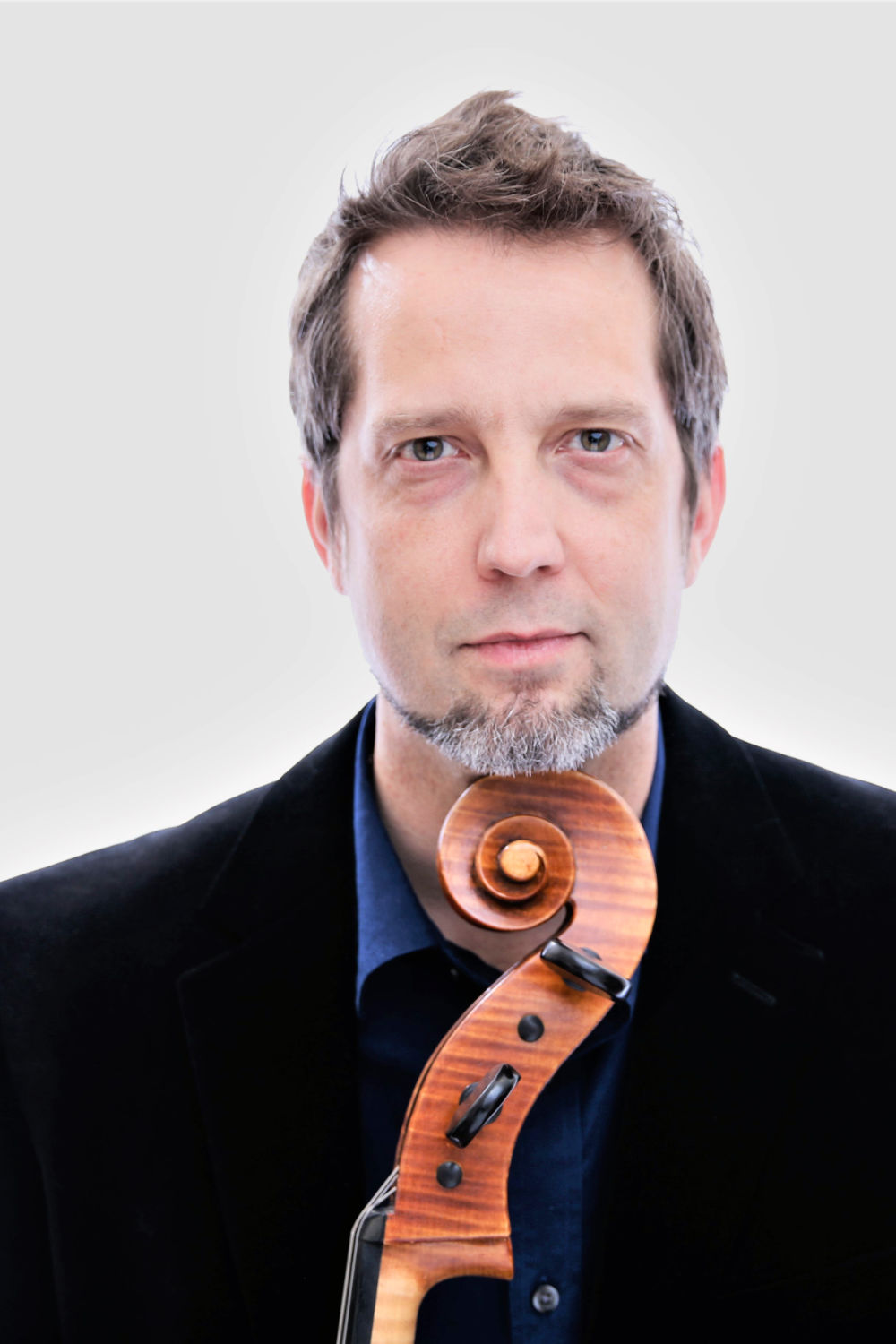 Kevin Krentz is a native of Atlanta, Georgia. He enjoys a varied career as performer, inventor, Artistic Director and teacher. Learning to play primarily as adult, starting cello in college after not playing in high school, he has developed a unique perspective and has built a uniquely varied career as performer, recording artist, inventor, teacher, entrepreneur, and arts leader.

Kevin is very active as a recording studio session player in Seattle where he can be heard on many major films, as well as commercials, some of the most popular video games including Halo and Destiny, and CD’s from Dave Matthews Band to Evanescence. Recently, Kevin performed the cello solos for the world’s largest video game by revenue and number of players, Honor of Kings by Tencent, the Chinese software company. Kevin can also be heard as the solo cellist on the movie, Bordertown starring Jennifer Lopez and Antonio Banderas. Sought after for his ability to improvise his own parts, Kevin has lent his talents to countless other projects as well.

Since 2007, Kevin has been Artistic Director of the Methow Valley Chamber Music Festival which invites some of the finest artists in the US to perform together for two weeks. With his unique perspective, Dr. Krentz created Krentz String Works which sells his inventions worldwide in 2013. The most well-known, the Krentz Modulator, is used in nearly every major symphony in the world for its ability to stop annoying wolf tones. A motivated teacher, Dr. Krentz, has done extensive research into evidence-based cello technique and teaching methods and his students have won many awards and opportunities. Dr. Krentz also taught at Seattle University from 2012-2017.