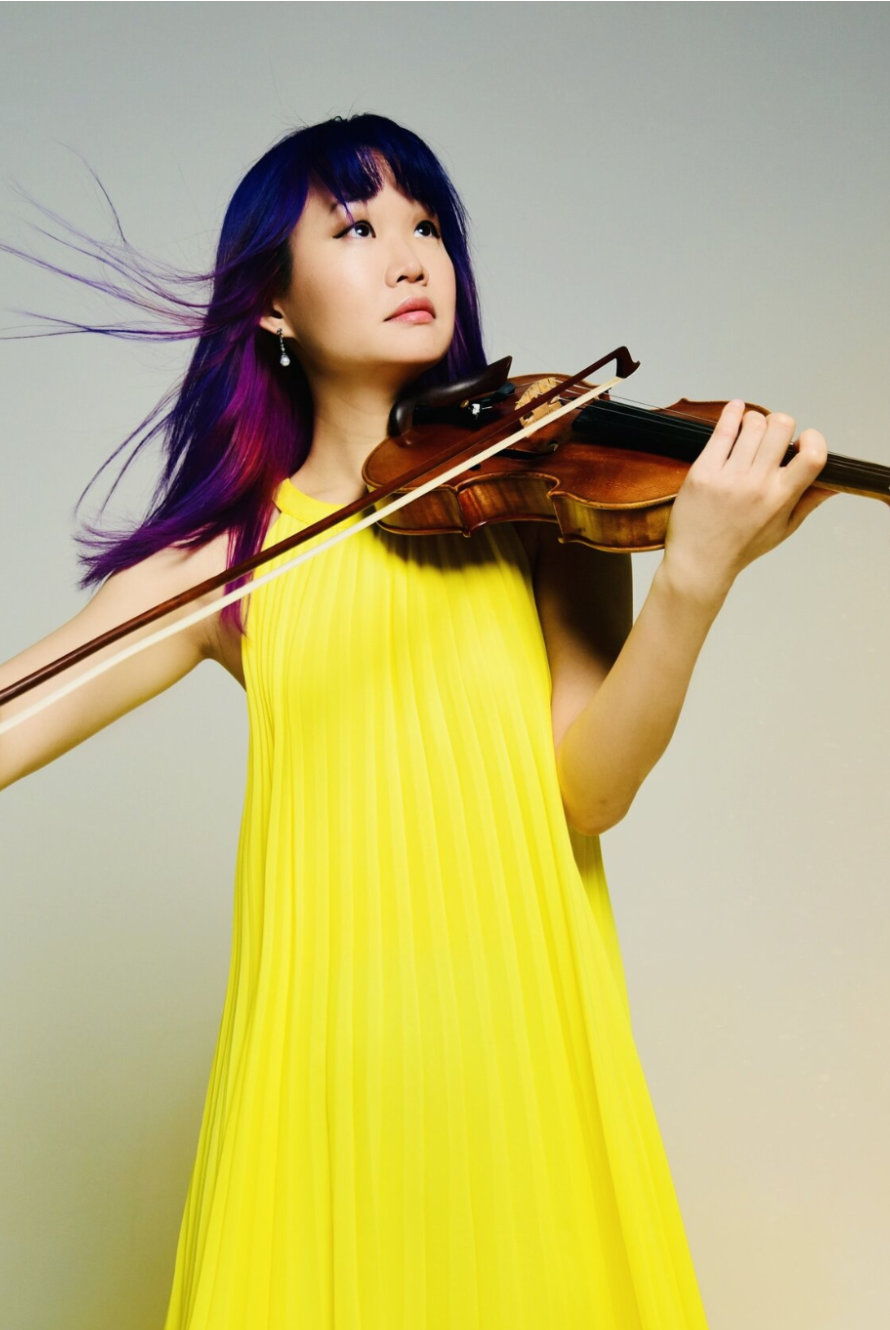 A winner of Astral Artists’ 2016 National Auditions, violinist Katie Hyun has been described as “a virtuoso by any measure” (The Berkshire Review). Passionate about incorporating different styles, her recent debut recital with Astral Artists in Philadelphia featured a program that showcased virtuosic works on both the Baroque and modern violins (going back and forth between the two). Festival appearances include Chamber Music Northwest in Portland, Bravo! Vail in Colorado, Tippet Rise Arts Center in Montana, Mostly Mozart in New York, OBX Chamber Music Series in North Carolina, Crescent City Chamber Music Festival in New Orleans, and New York in Chuncheon in South Korea. Katie currently serves as the concertmaster of NOVUS Trinity Wall Street, in addition to solo and chamber performances throughout the States. On Baroque violin, she frequently appears with the Trinity Baroque Orchestra and Seraphic Fire.

Katie is also the founder and director of Quodlibet Ensemble, a collective of string players and creators dedicated to creating musical experiences that engage, entertain, and invite people to invest in their communities. Quodlibet has performed at the Shepherd Music Series in Collinsville, Yale British Arts Center, Drew University in Madison, NJ, Rockefeller University in NYC, and most recently the Baryshnikov Arts Center in NYC. In October 2020, Quodlibet partnered with VOTESart to produce a video performance aimed at raising awareness of voters’ rights which premiered at the Five Boroughs Music Festival.

As someone who feels very strongly about social justice, Katie serves on the faculty of Musicambia, an organization that brings music education to correctional facilities. In addition, Quodlibet is partnering with VotesArt to make voter registration information available in future events and to help spread the message that every voice matters.

Katie was a founding member of the award winning Amphion String Quartet, which won the Concert Artists’ Guild Management in 2011 and a spot on the roster of The Chamber Music Society of Lincoln Center’s CMS Two Program. The Amphion String Quartet’s debut CD was also featured on the New York Times’ ‘Best of 2015.’ Additionally, the quartet has performed in Carnegie Hall, Alice Tully Hall, Chamber Music Northwest in Portland, La Jolla Music Festival, the Phillips Collection in Washington DC, OK Mozart, the Chautauqua Institution, and Caramoor Music Festival.

Katie received her Artist Diploma at the Yale School of Music, studying Baroque violin with Robert Mealy and modern violin with Ani Kavafian, and her Masters Degree at the State University of New York in Stony Brook, where she studied with Pamela Frank, Ani Kavafian, and Philip Setzer. She also studied with Aaron Rosand and Pamela Frank at the Curtis Institute of Music where she received her Bachelor of Music degree.