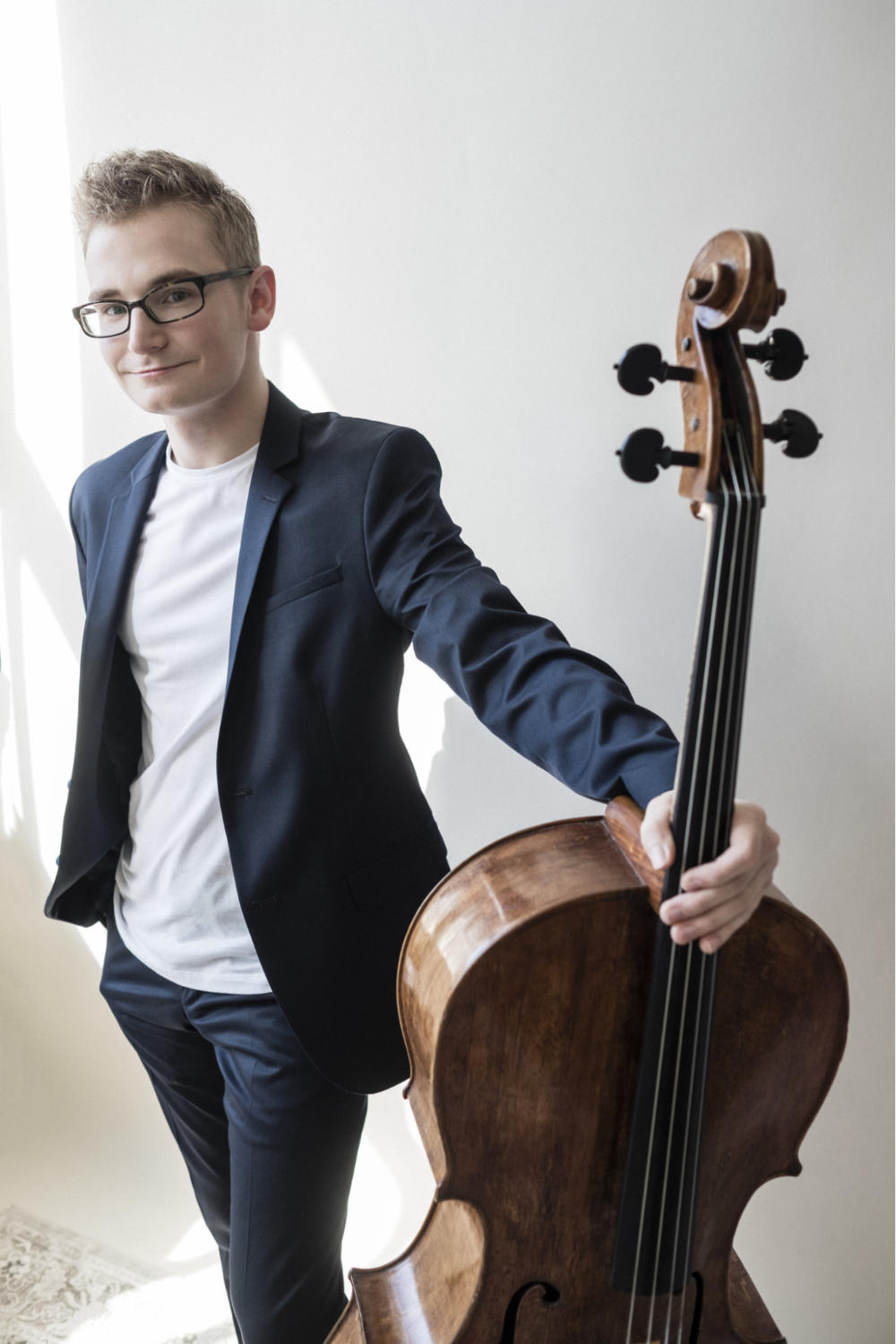 Having already performed as soloist with the Houston Symphony and the Boston Pops, cellist Alexander Hersh has quickly established himself as one of the most exciting and versatile talents of his generation.

The Musiq3 critics of the RTBF Belgian Radio company gave Hersh’s performance at the inaugural Queen Elisabeth Cello Competition in Belgium in 2017 a rave review: “With his scenic presence and charm, Hersh has everything to become the darling of the public.”

Hersh is co-artistic director of NEXUS Chamber Music, a collective of international artists committed to stimulating interest in serious chamber music. NEXUS presents a two week chamber music festival across the city of Chicago each August, featuring new and obscure works alongside standard works of the chamber music canon. NEXUS plays to unusual and intimate venues with the mission of breaking down the barriers that often separate performers from audience members.

A 4th generation string player, Alexander’s parents, Stefan and Roberta, are both active professional violinists. His grandfather, Paul Hersh, is professor of viola and piano at San Francisco Conservatory of Music, and his great grandfather, Ralph Hersh, was a member of the WQXR and Stuyvesant String Quartets, and principal violist of the Dallas and Atlanta Symphony Orchestras.

Raised in Chicago, Alexander Hersh began playing the cello at the age of 5. He studied with Steve Balderston and Hans Jørgen Jensen, and attended the Academy at the Music Institute of Chicago. Hersh received his B.M. from New England Conservatory (with academic honors) where he was a student of Laurence Lesser and recipient of the Clara M. Friedlaender Scholarship. In May of 2017, he received his M.M. from New England Conservatory where he studied under the tutelage of Paul Katz and Kim Kashkashian. Hersh was a recipient of the Frank Huntington Beebe fund for studies in Berlin during the 2017 - 2018 academic year where he studied with Nicolas Altstaedt at the Hanns Eisler Hochschule for Musik Berlin. He plays a G.B. Rogeri cello on generous loan from a sponsor through the Guarneri Hall Affiliate Artists program and Darnton & Hersh Fine Violins in Chicago, IL.